Who said it?: Rorschach/Walter Kovacs

The story behind the quote: The quote comes the Alan Moore comic Watchmen, which was later adapted to a feature length film of the same name. Both the comic and the movie takes place in a world on the brink of nuclear war and a group of costumed heroes try to solve the murder The Comedian, a former comrade of theirs. There’s a lot more going on but, if I did try to cram all of the details of the incredibly dense narrative, this would be one long paragraph.

The quote comes from the middle of both the film and the graphic novel. Rorschach (played by Jackie Earle Haley) is captured and eventually unmasked as a disturbed individual named Walter Kovacs. He is interviewed by a psychiatrist where he narrates how Walter Kovacs “died” and Rorschach was “born.” Afterwards, at the prison cafeteria, one of the other inmates tries to kill Kovacs to make a name for himself. Kovacs doesn’t let him and splashes boiling oil over the inmates face. While Kovacs is dragged away by the guards, he delivers the quote.

In the comics, it’s done a little differently. We do see Kovacs pour the boiling oil over the attacker. But the quote is just overheard with the psychiatrist putting the quote in his notes. 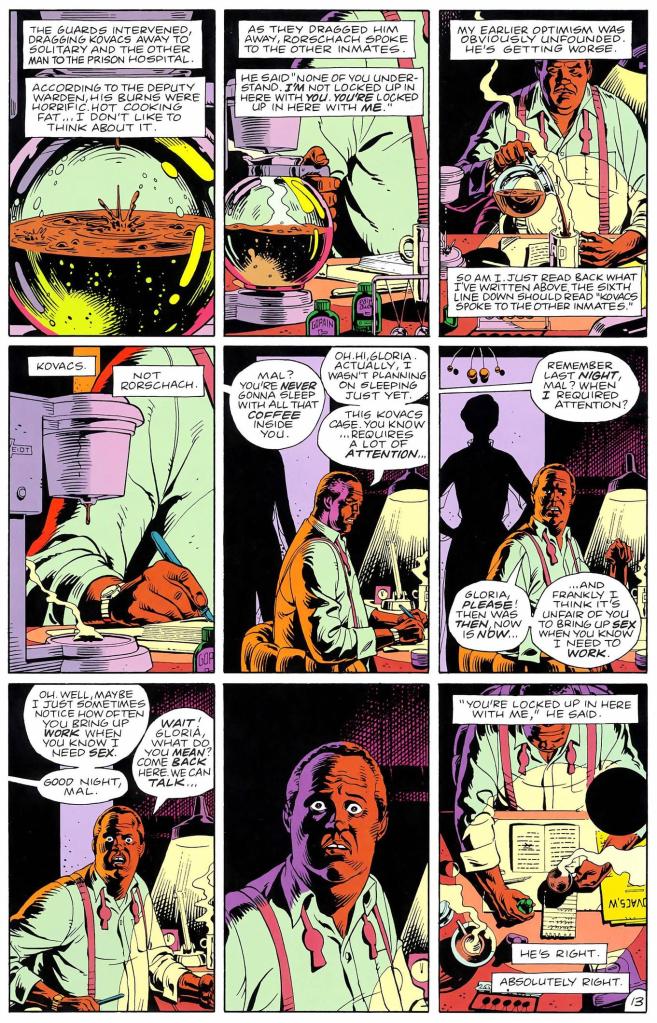 Geek wisdom: People will have different perspectives on things. Some of them will believe one thing when the same person in the same situation will believe in another. It’s just the way people see things from their point of view.